SKYPEC is the leading supplier of air petrol in Vietnamese market 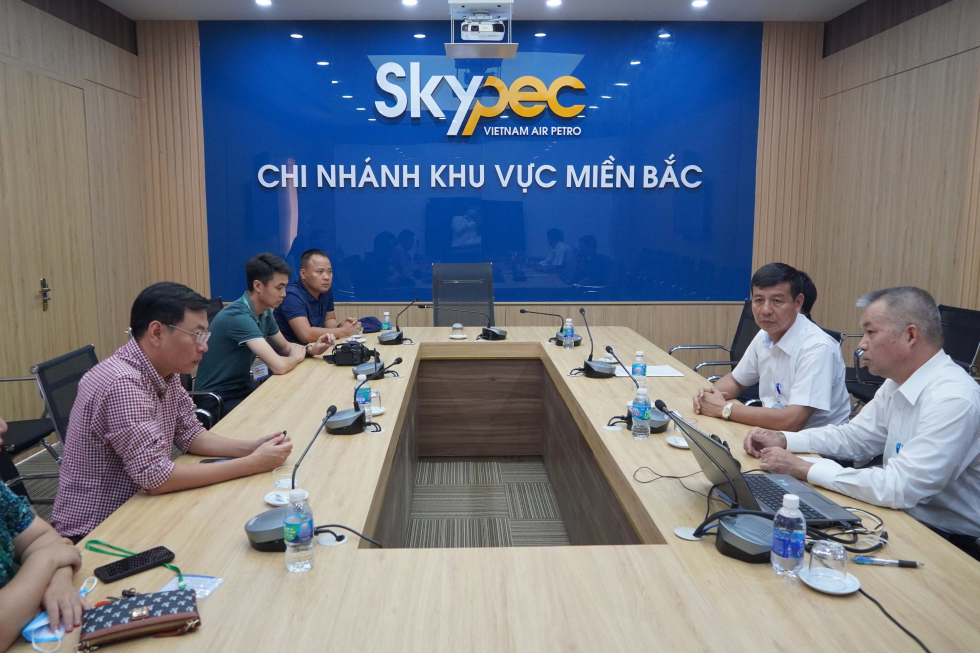 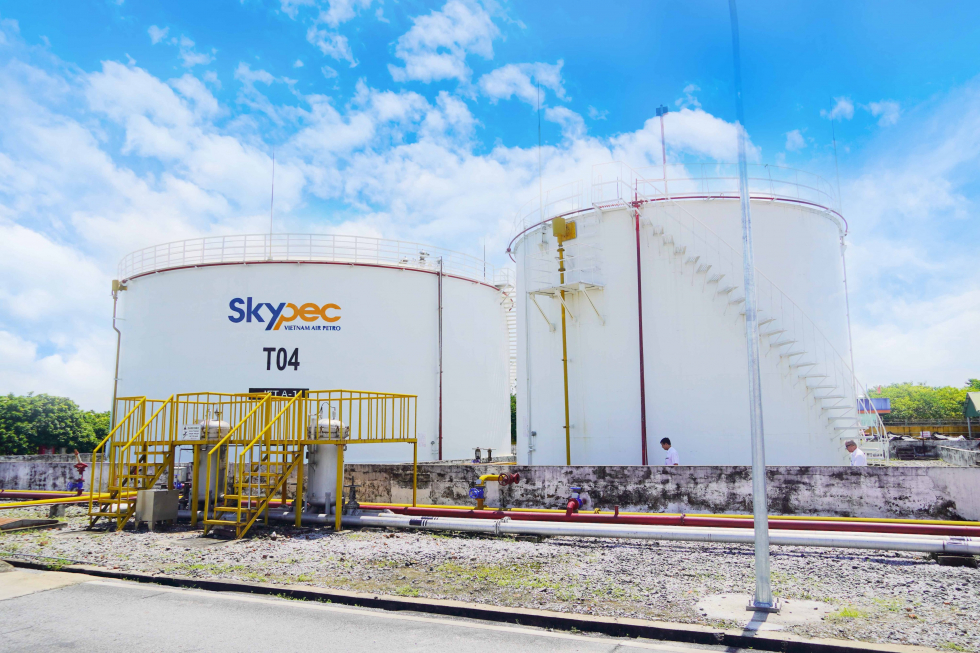 SKYPEC's petrol tanks are installed with automatic petrol measuring and overflowing alarm devices
As a company that supplies air petrol across Vietnam, SKYPEC, with its automatic petrol measuring and overflowing alarm devices in all its air petrol tanks, has brought about more effective management and business operation. Of special significance is that this automatic system has helped ensure the national security in terms of air petrol and at the same time the effective work in preventing loss of petrol. This automatic system was installed at Noi Bai airport in 2010 and at such hub airports like Da Nang, Tan Son Nhat and Cam Ranh in 2012. The cost of the installation work depended on the quality of the equipments. Right at the beginning, SKYPECc leadership decided to make investment in the entire system according to the standard adopted by the G7 countries 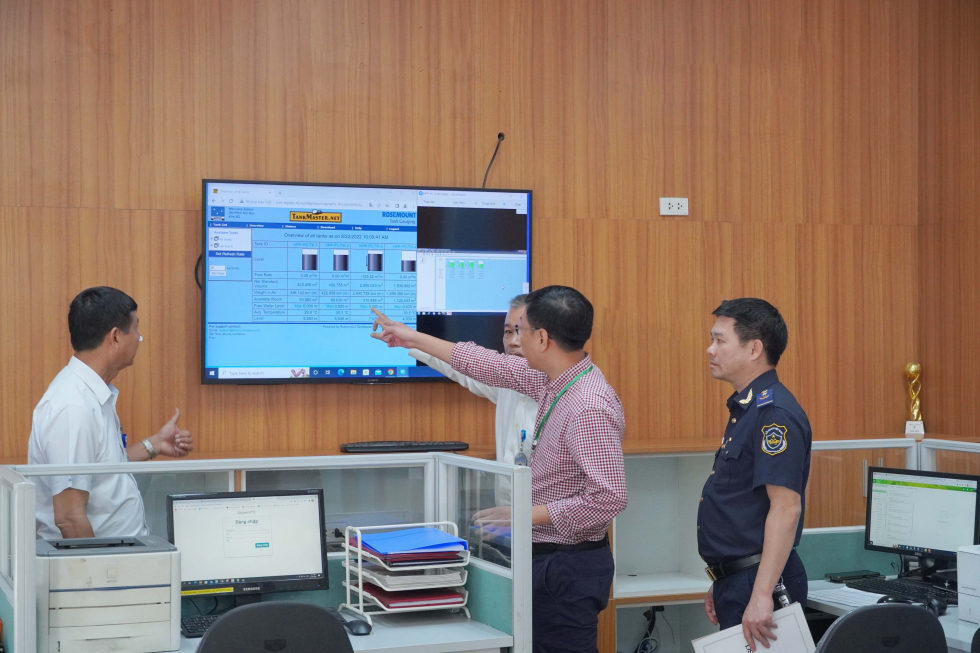 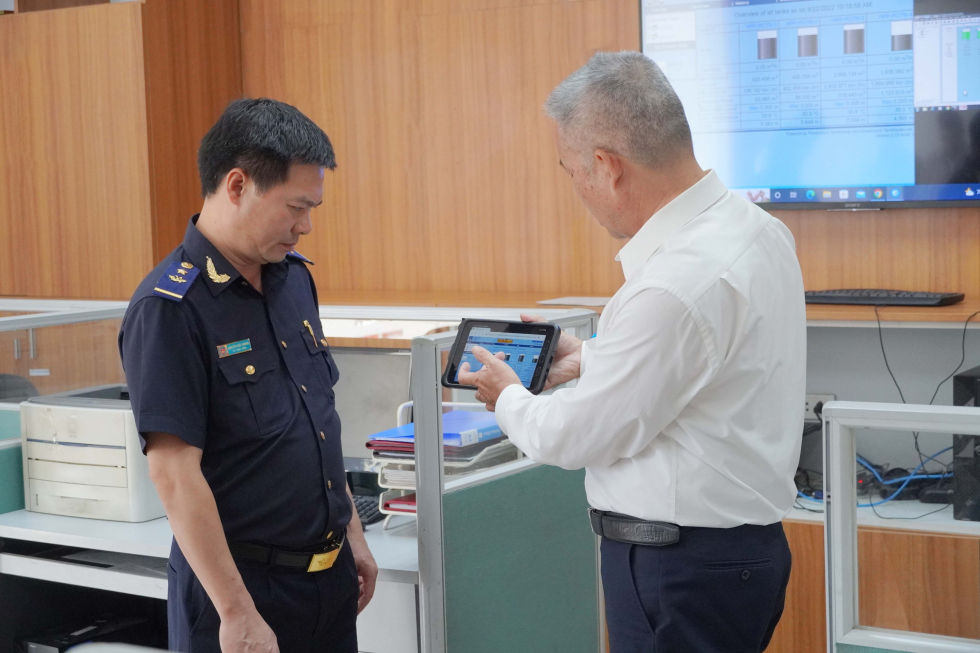 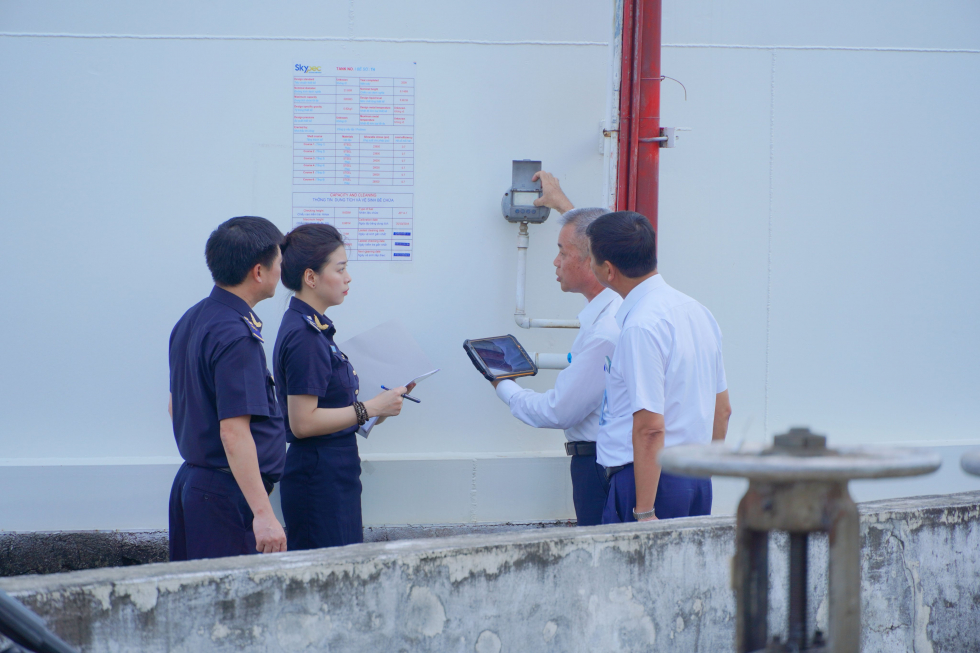 Vietnam Customs officers, by direct access to the Word Wide Web, checking the volume of air petrol in the depots at an airport

Vietnam Customs officers, with electronic invoices, checking the volume of temporarily imported petrol for re-exportwhen incoming and
out going international flights are refuelled at airports throughout Vietnam
According to Government Decree 67/2020/NĐ dated 15 June 2020 amending and supplementing a number of articles in Government Decree 68/2016/NĐ dated 01 July 2016 on the regulations for the business of tax exempt goods and for the placeswhere customs procedures are carried out, SKYPEC is subject to these regulations as its business is temporary import and re-export of a kind of goods which is air petrol to be refuelled to domestic and foreign airlines'international flights to and from Vietnam. SKYPEC, with its experience in technological application and in selection of business partners who adopt G7's standards, has been operating the system that runs on advanced software with access to www, thus timely meeting the Customs Office's  requirements for available data for the checking of the business of temporary import and re-export of air petrol as regulated by the aforesaid Decree.
Other article 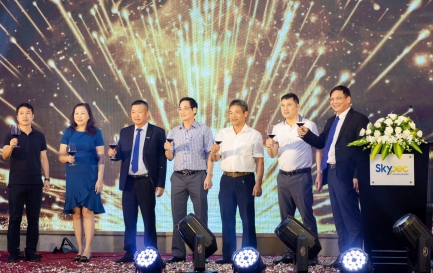 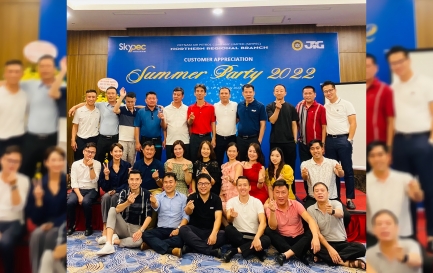